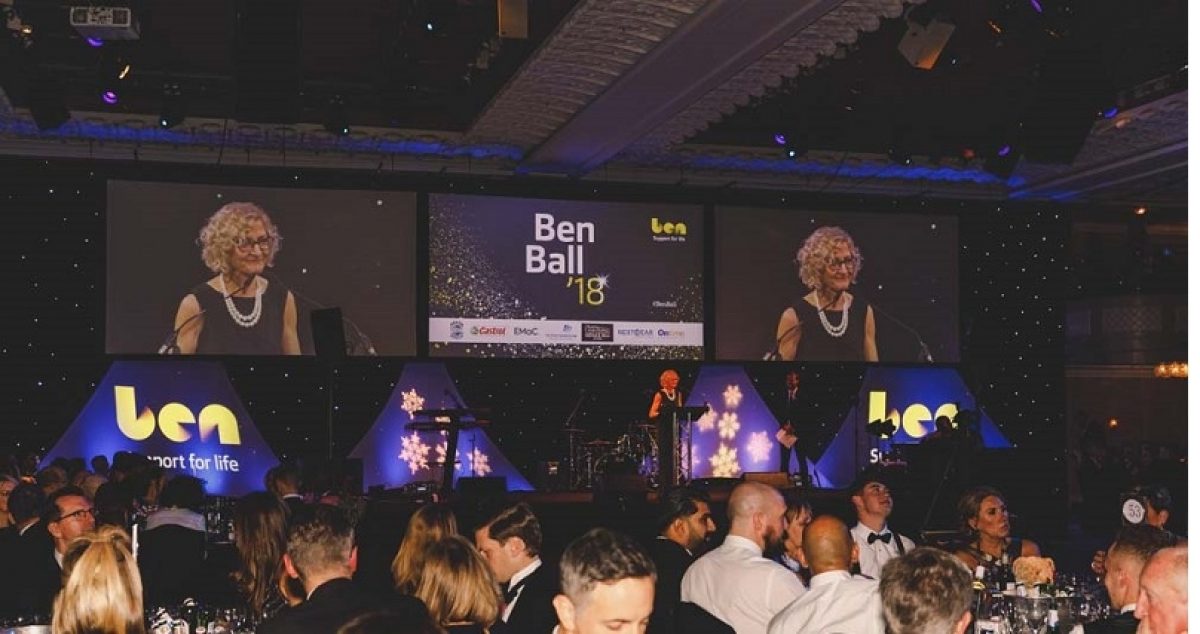 This year’s Ben Ball raises £102,000 to support the people of the UK automotive industry

Hundreds of people from the automotive world gathered in London last night and helped raise £102,000 for Ben at its annual Christmas ball.

The money was raised during the Ben Ball, which took place at Grosvenor House on Park Lane, goes towards helping Ben continue its vital work supporting people from the automotive industry who face some of life’s toughest challenges.

Around 700 guests were hosted by Ben’s Chief Executive Zara Ross and President, Peter Johnson, for an evening of entertainment which included internationally acclaimed artists BJÖRN AGAIN performing the greatest hits of ABBA to the packed ballroom.

Zara Ross, Ben’s Chief Executive, said: “The Ben Ball is our most important event of the year. This is not only because it allows us to raise vital funds so we can continue to provide life-changing support for our automotive colleagues, but it also gives us an opportunity to further develop relationships with the industry. It also demonstrates how we work with businesses to support their people, the lifeblood of our industry.

“Thank you to everyone who has made this year’s Ben Ball so successful, we greatly appreciate your generous donations and support, all funds raised will help us to support our industry colleagues in need. I look forward to seeing you at the Ball next year.”

During the evening it was announced that Ben’s 2018 Industry Leader Challenge raised an impressive £215,755. The Lookers ‘Electric Charge’ involved Andy Bruce, CEO of vehicle retailer Lookers, and his team driving across the UK and Ireland in electric vehicles visiting every one of the company’s dealerships.

Andy passed on the Industry Leader Challenge baton to three senior industry leaders: Volvo Car UK’s Managing Director, Jon Wakefield; Tim Tozer, CEO of Allianz Partners UK and Ireland and Darren Guiver, Managing Director of Group 1 Automotive. All three will now take on the 2019 challenge of human endeavour to raise money for Ben – they will be cycling 166 miles down the Thames from source to sea on a self-propelled water bike.

These three individuals represent the three main industry sectors that Ben is focused on – vehicle brands, vehicle retail and ‘aftermarket, service and repair’ sectors. Ben will be releasing more news about next year’s Industry Leader Challenge over the coming months.

Speaking about this year’s challenge, Andy said: “We had so much fun taking part alongside so many Lookers colleagues, and at the same time managed to raise a significant sum of money that will help change the lives of people in our industry. Now that I have passed on the baton I hope our ILC successors enjoy it as much as we did and raise even more funds for a worthwhile cause. Please support them and give what you can.”

The total amount raised at the Ball on the evening was aided by a live auction that included a bevy of prizes generously donated by companies within the industry. The highest earner was a Volvo XC40 T4 SUV which achieved a winning bid of £44,000, followed by the Monte Carlo road rally prize which raised £22,000 and the Cowes Week Regatta Race trip courtesy of Sunsail which raised £3,800.

Drive My Career Insight: what would you like to know?