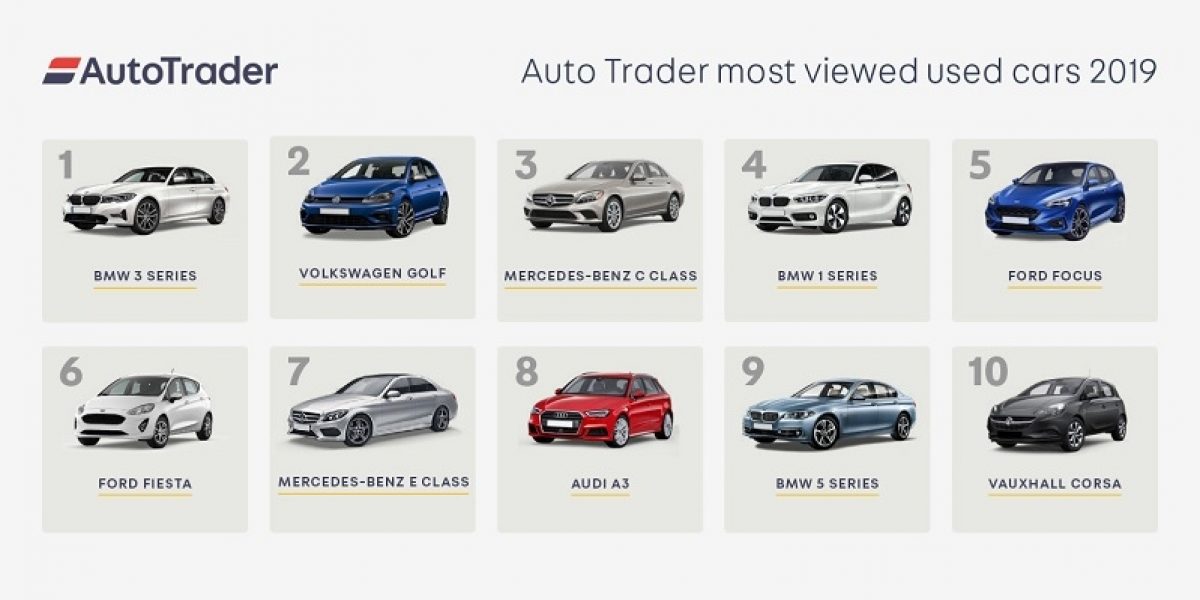 The latest data from Auto Trader, the UK’s largest digital automotive marketplace for new and used cars, found that 2019’s most popular cars were dominated by German marques. Analysis of over two and a half billion advert views on its marketplace last year revealed that the Volkswagen Golf was the most popular new car model, whilst the BMW 3 Series topped the list as the most viewed used car. In terms of the overall most popular brands, it was no surprise that the premium German marques triumphed. In the new car corner, the most viewed brand in 2019 was Audi, followed by BMW and Volkswagen, whilst in the used car corner the most popular was BMW, followed by Audi, and Mercedes-Benz.

With searches of alternatively fuelled vehicles (AFV) increasing by 38% between December 2018 and December 2019[1] and pure electric vehicles (EV) surging 78% during the same period it’s clear the appetite for low-emission cars is growing. Analysis of the ad view data show that interest in brand new EVs is starting to overtake that for petrol hybrids, with the all-electric Audi E-Tron receiving 7% more views in 2019, compared to the most popular new hybrid, the Toyota Corolla. However, in the used market, the most popular used EV, the Tesla Model S, has some way to go if it’s to catch the most viewed hybrid, the Toyota Prius, which received 12% more ad views than the Tesla last year.

Commenting on the findings, Auto Trader’s commercial director, Ian Plummer, said: “The fact the most popular brand new EVs are receiving more views than their petrol-hybrid counterparts could be attributed to a number of factors, not least the huge advancements in range capabilities, performance and stylings, but also improvements to infrastructure. Coupled with the cut in available grants for plug-in hybrids, these have all resulted in a significant step-change in consumer attitudes towards buying a new electric. It’s curious to see that this is yet to translate to the used market, where concerns about battery life-spans and high price tags continue to push second-hand buyers towards more tried and tested hybrids which remain very good value.”

EVA CAN BE USED AS A ‘STARTING POINT’, EV ENERGY TASKFORCE REPORT SAYS