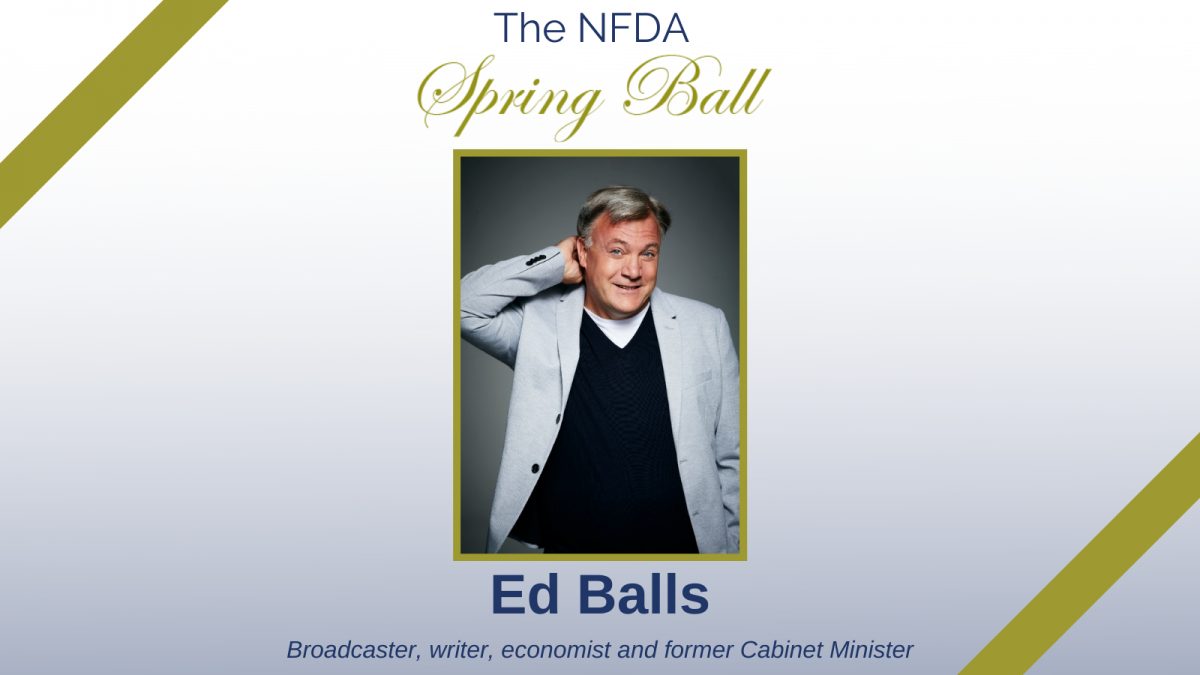 The NFDA is delighted to announce that after two years of forced postponements, the NFDA Spring Ball is back.

The event will take place on Saturday 2 April 2022 at the prestigious Grove Hotel Golf & Spa Resort in Hertfordshire.

The Ball will be hosted by TV personality Mark Durden Smith and will feature broadcaster, writer, economist and former Cabinet Minister, Ed Balls as guest speaker.

The guest speaker, Ed Balls, is a broadcaster, writer and economist. He is a former member of Parliament, Shadow Chancellor, Cabinet Minister and Chief Economic Adviser to the Treasury. He was a contestant on Strictly Come Dancing 2016, broadcasted his first BBC series ‘Travels in Trumpland: with Ed Balls’ in 2018 and was the winner of the BBC’s Celebrity Best Home Cook in February 2021.

On the night of the event, NFDA will be presenting four awards to industry peers, in celebration of automotive excellence. Awards from Manufacturer Partner of the Year, Industry Partner of the Year and Industry Personality of the Year will return as widely recognised through the previous editions of the NFDA Spring and Autumn Ball ceremonies. This year, NFDA is also excited to announce its brand-new accolade, the Green Dealer Initiative Award, rewarding the efforts and investments dealers are making to embrace the transition to net zero.

Sue Robinson added: “We are thrilled to host again the NFDA Spring Ball. The evening promises to bring together some of the industry’s leading representatives to celebrate the excellence of the automotive industry.

“We look forward to seeing dealer members, friends and colleagues at this year’s NFDA Ball!”.

If you would like to attend this year’s NFDA Spring Ball, please get in contact with Lena Patel on 07341 396125 or via email at lena.patel@rmif.co.uk. and we will be happy to arrange a table for you and your colleagues. You can find more information at: www.nfda-uk.co.uk/press-room/events/the-nfda-spring-ball

AWARENESS OF AUTOMOTIVE CAREER CHOICES IS KEY TO FIXING THE SKILLS SHORTAGE, DRIVE MY CAREER REVEALS