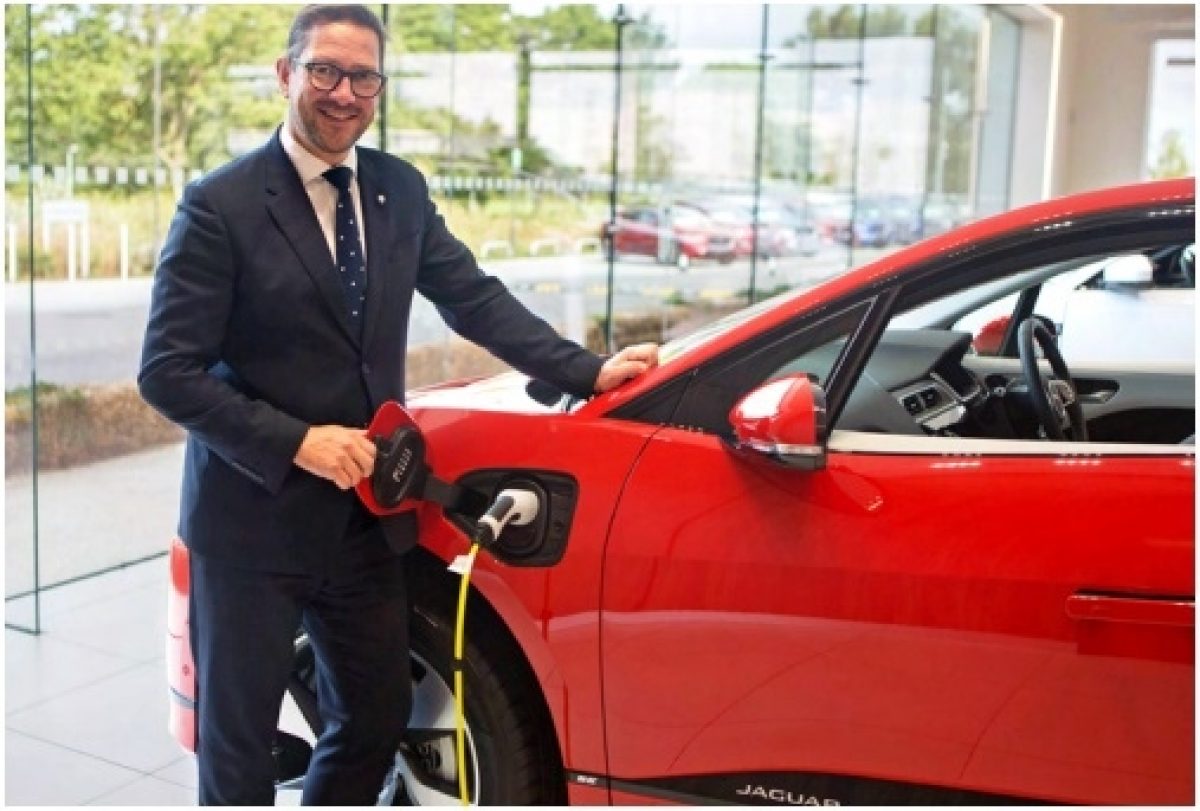 “Retailers should be excited about the move to electric”

It’s fair to say that Jason Cranswick has always had a focus on customer requirements. It was drilled into him as a management trainee for John Lewis, remained central when he ran car dealerships and then Audi’s customer quality and network development division, and now persists in his role as commercial director for Jardine Motors Group.

This year, he has taken on an additional responsibility, becoming the first-ever chairman of the EV group of the National Franchised Dealers Association (NFDA), with the goal of pulling together retailers’ views on the challenges of electrification and representing it at every level through to government.

There’s a saying that retailers just want to sell cars, so why do you care so passionately about the uptake of EVs?

“EV sales today are a fraction of the total, at 1-2%, but already they dominate headlines, and we know we’re on a path to 2040, when every new car we sell will have to be electrified. “Even from that 1-2%, we already know that EV customers think differently from conventional car customers, so we have to be on the front foot, preparing to meet expectations not just of the cars but the infrastructure and how best to utilise it. “We also have to acknowledge that electrification is just one part of the puzzle that’s changing. Connected, autonomous cars sold – or more likely leased or hired – and run online, with over-the-air upgrades, are becoming a reality. It’s a huge change that we can’t sit and watch happen around us.”

Just how different are EV customers?

“It varies, and it’s only going to get more varied. A majority of the early adopters were evangelists. They knew as much as we did or more about the technology, whether it suited their needs and the challenges around charging they faced.

“Now there’s a shift, and ever-increasing numbers of people are coming to us to find out more about whether they can live with electric cars. The 2020 company car tax change is going to be a huge driver of interest, but we must be very careful to sell cars to people who can use them to good effect. So, we need to understand real ranges, the realities of charging and so on. “I’m actually switching to an Audi E-tron on the basis that the best way to learn is to live with it. I do a lot of miles, and while I can see how I’ll live with an EV without issue, I can also see how I’ll have to change some of my routines to make it work. It’s that depth of understanding we need to promote in our dealerships and then out to official bodies, so that they can help ease some of the potential pain points.”

Has the art of selling also shifted as a result of digital innovations?

“Customers want an easy process, and in many ways the digital world has enabled that. Take price transparency as an example: these days, it’s very rare for a customer to come in without an expectation of what they’re willing to pay, and that takes a lot of the perceived pain out of the process.

“From that perspective, the whole process of selling has shifted dramatically – although it has been over such a long period that many people perhaps won’t recognise it. “The reality is that most people are using their cars through finance deals, not owning them. The big-number conversations of old are largely a thing of the past. The monthly fee is king, and it’s usually aligned to other significant monthly payments, be it salary coming in or rent or mortgage payments going out.”

Is the integration between the physical selling and digital processes good enough?

“It’s better than it has ever been, but it can definitely be better still. This is something we talk about a lot, particularly with our third-party suppliers, who provide a lot of the systems that we use. “Today, I see a physical sales process that’s still quite heavily reliant on people and paper and a digital process that’s quite far advanced – more so than it has ever been – but doesn’t integrate into the physical process very well.

“So, a customer might walk in with 70% of the purchase complete but have to begin the physical side by going back and explaining where they are up to. That means the customer is actually taking steps back from the sale. In a car sale, neither side – seller or customer – benefits from anything that fragments the journey or puts a burden back onto them.

“Digital advances are the way to unlock that process We’ve been working on it for four years, and I can see the opportunity. Digital companies are developing systems that are faster, louder and better. Aside from the costs we’re having to swallow to pioneer some of these leaps, that gets me quite excited.”

- A list of the most popular new car reviews

- The most popular new car reviews by brand

- The most popular features and advice stories on whatcar.com

- The top 20 most popular used car reviews on whatcar.com

- Contenders for our 2020 Car of the Year awards revealed

- Market insight brought to you by What Car?'s target price analysis

EVA CAN BE USED AS A ‘STARTING POINT’, EV ENERGY TASKFORCE REPORT SAYS