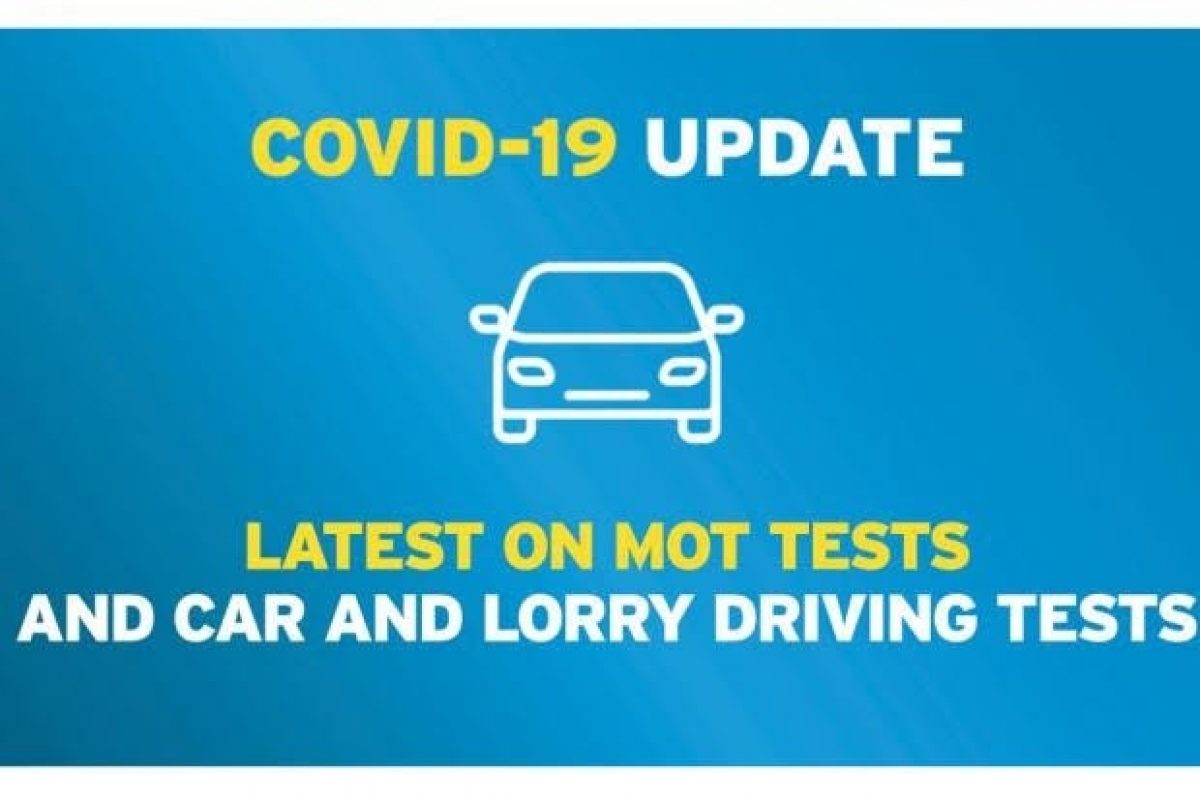 Following the resumption of testing for some vehicle groups earlier this month, the DVA plans to resume MOT testing for additional categories including four year old cars and motorbikes, three year old light goods vehicles and testing of heavy goods vehicles, trailers and buses. These customers will be sent a reminder letter with details of how to book a test.

The DVA also plans to resume practical car and lorry driving tests from 1 September, initially prioritising those requests from key workers followed by those customers whose tests were cancelled due to lockdown. The DVA will contact these customers directly to arrange appointments. A further update will be provided when all other customers will be able to book a test.

The DVA has already reinstated, from 20 July, MOT testing for priority groups not able to avail of Temporary Exemption Certificates (TECs) including taxis and buses due a first time test; vehicles not previously registered in Northern Ireland; vehicles whose MOTs have expired by more than 12 months that includes vehicles previously declared SORN and those sold by car dealerships.

Individual Vehicle Approval (IVA) testing for priority vehicles has also been reinstated to ensure supply chains and the health service continue to be supported during this time of significant challenge. This service is being expanded to book more lower priority vehicles for testing. A statutory authorisation process for ADR vehicles, used for the carriage of dangerous goods in the north has also been introduced and the DVA is now accepting applications for priority ADR tests for those vehicles used to transport dangerous goods outside Northern Ireland.

The DVA has reinstated some driver testing services for those licence categories where testing can be done safely in line with current PHA advice and guidance on social distancing requirements. This includes motorcycle rider testing from 6 July, and tests for drivers of buses, tractors and module 4 CPC tests for lorry, bus and coach driver from 20 July. Driver theory tests also resumed on 6 July 2020.

Announcing the resumption of driving tests Minister Mallon stated: “I very much recognise the frustrations of those customers not able to take driving tests during this time and the inconvenience this has caused. I am pleased to announce that the DVA plans to resume car and lorry driving tests from 1 September, initially prioritising over 200 key workers and then those customers who have had tests cancelled to ensure they are not further inconvenienced, with the priority of keeping staff and customers safe. The DVA will continue to work with staff and Trade Union side in the coming weeks to ensure testing is conducted in line with public health advice and guidance to ensure the safety of all. The DVA is preparing an information pack for instructors and candidates in advance of tests resuming to help them prepare for the new testing process.

Announcing plans for the further return of services Minister Mallon said: “Following the three month suspension of all vehicle and driver tests at all DVA testing centres due to the Covid-19 outbreak, I announced on 22 June plans for a phased return of DVA services. I am pleased that thanks to the hard work of my officials to find solutions to help customers, some driver and vehicle testing services for priority groups have now safely resumed. My priority is keeping staff and customers safe and the DVA has developed new MOT processes that comply with all the published public health advice and guidance, including the guidance on working in and from vehicles.

“The DVA is continuing to carry out risk assessments and consult with staff and unions in relation to the further resumption of services. I am pleased to say that it is planned, from 1 September, to resume MOT testing for four year old cars and motorcycles, three year old light goods vehicles, and buses, lorries and trailers. As restrictions ease, and the DVA’s capacity to test vehicles increases, more services will continue to be reinstated as we move eventually towards full service resumption”, Mallon added.

MILS CASE STUDY: What is a payment in lieu of notice?