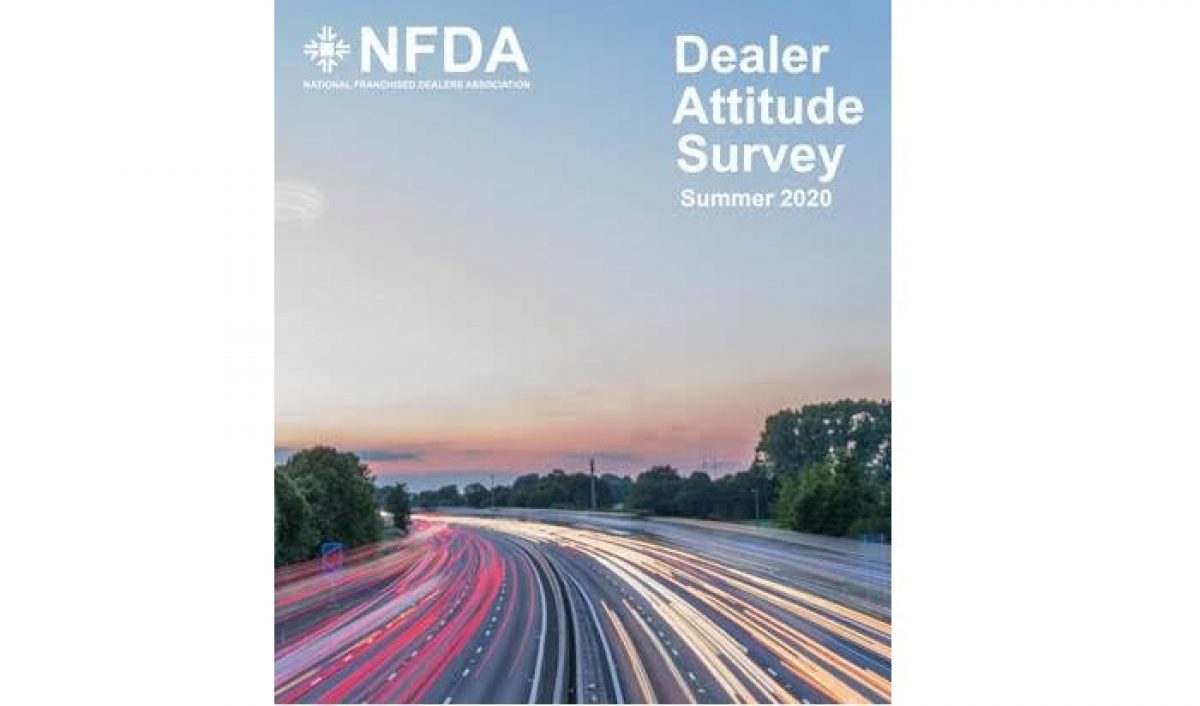 The latest NFDA Dealer Attitude Survey has received a record response rate of 60.2% showing the value that dealers place on the survey as a crucial tool to monitor the health of their business relationship with manufacturers.

The NFDA Dealer Attitude Survey summer 2020 was conducted in July 2020 and asked franchised dealers 56 questions about the on-going relationship with their respective manufacturers. The survey was conducted entirely online for the first time and received 2,590 responses from 31 franchised equating to a record 60.2% response rate. The results of the survey were published on Monday 7 September.

The questions covered a range of business issues and their impact on dealers’ satisfaction levels with their manufacturers’ relationship. Responses were scored from 1 (extremely dissatisfied) to 10 (extremely satisfied).

How would you rate your manufacturer overall on a scale of 1 to 10?

The key question how would you rate your manufacturer overall? had an average score of 6.0 points, which was 0.1 point higher than six months ago and 0.4 points up from last year. Lexus remained the highest rated manufacturer with 9.5 points followed by Kia (9.4) and Toyota (9.0). Fiat (3.6), Jeep (3.3) and Hyundai (2.5) had the lowest scores.

Dealers were questioned about their satisfaction levels with the support received by their respective manufacturers throughout the COVID-19 crisis. Dealers returned an average score of 6.4 points out of 10. Lexus (9.6), Toyota (9.5) and Kia (8.9) were the top performers in this area, while dealers gave the lowest scores to Vauxhall (4.0), Fiat (3.9) and Hyundai (2.7).

It is encouraging that most dealers were fairly satisfied with the support received during the pandemic from their manufacturers. Overall, current profit return and return on capital remain key concerns for many retailers. Looking at the future of the market, it is encouraging to see that most dealers are satisfied with their alternative fuel vehicle offering and that average satisfaction levels in this area continue to rise.

As our industry’s stability is threatened by a number of external challenges, it is vital that manufacturers and dealers continue to closely work together for the benefit of the whole automotive sector.

Return to school: self-isolation for pupils and members of the same household