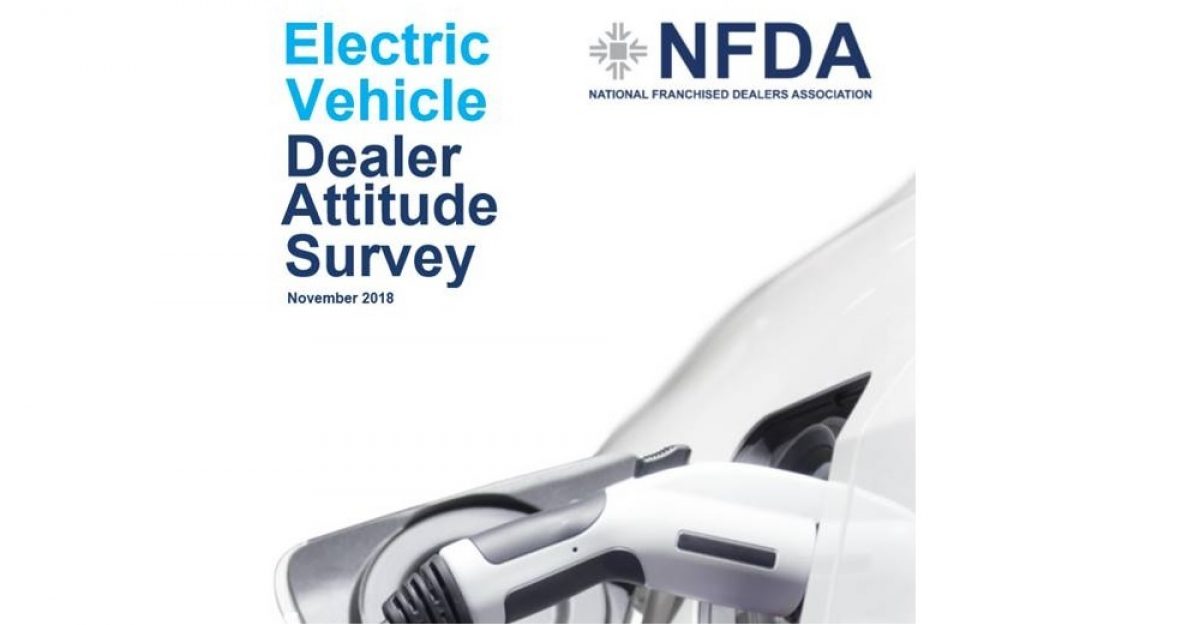 It was encouraging to see a fairly high overall average score of 6.47* in the first edition of the Electric Vehicle Dealer Attitude Survey (EV DAS), although it is clear that various networks are calling on their manufacturers to address a number of specific issues.

The NFDA has launched the EV DAS to explore franchised dealers’ on-going relationship with their respective manufacturers in the electric vehicle area. NFDA will carry out the survey twice a year.

As electric vehicles represent a rapidly developing segment of the car market and one which not all manufacturers have entered, we required a minimum response rate of over 20% of a manufacturer’s dealer network to be included in the report. Therefore, the manufacturers featured in this report are the ‘top eleven’ in the EV arena. They are the market leaders and those who have sufficiently engaged with their dealers for them to have concerns on the EV issue.

As this is a fast-changing area, the results of the next editions of the survey are likely to reveal new insights and, possibly, start to show certain trends.

Dealers were asked thirteen questions covering the retail of both pure electric and plug-in hybrid vehicles. These questions explored dealers’ views on the current and future approach to plug-in cars by their manufacturers. Responses were scored from 1 (extremely dissatisfied) to 10 (extremely satisfied).

The EV DAS highlights where constructive relationships between dealers and manufacturers are creating favourable retail environments for EVs and outlines potential challenges that need to be addressed.

The question about manufacturers’ proposed plug-in and EV product range for the next two years** saw the highest average score demonstrating a degree of optimism amongst retailers. Unsurprisingly, retailers were primarily concerned with supply, returning the lowest average score of the whole survey***.

Going forward, as EVs and plug-ins become more popular, we expect more networks to participate in the survey. NFDA encourages manufacturers and retailers to look at the findings of the EV DAS and continue to collaborate to provide the best possible offering to consumers.

A full copy of the report can be obtained from louise.woods@rmif.co.uk

**7.34 was the average score given to the question ‘How satisfied are you with your manufacturer’s proposed plug-in and EV product range and the segments they will cover for the next two years?’

*** 5.57 was the average score given to the question ‘How satisfied are you with availability of supply of your manufacturer’s EVs and plug-in vehicles?

Ten months of Drive My Career!